One of New Zealand's top Pinot Noir producers that combine both, European style and Kiwi ingenuity. 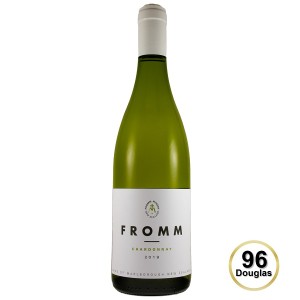 New in our assortment: 96 points Chardonnay from one of the top producers in Marlborough. Master Sommelier Cameron Douglas: "A great wine of Marlborough". This is a classic FROMM Chardonnay, precise and tight, but never aggressive, with good density and a firm textural quality, complemented by the positive phenolics. 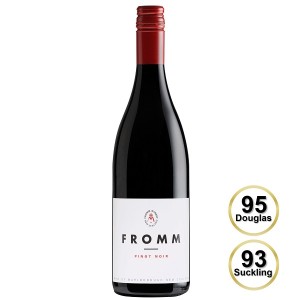 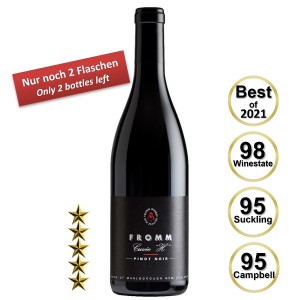 A silky Pinot Noir with red berries, some spice and violet notes. Named after Fromm winemaker Hätsch Kalberer, this wine reflects his 25 years of knowledge and understanding of several great Marlborough terroirs. A thoughtful composite of the five individual single vineyard wines, Cuvée "H" expresses a winery signature. It represents what FROMM appreciates most in fine Pinot Noir. Rated as one of the Top 100 Wines of New Zealand 2021. 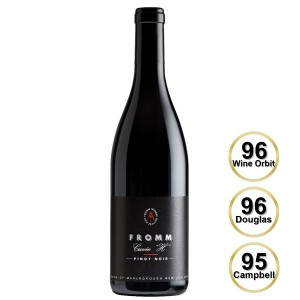 Named after Fromm winemaker Hätsch Kalberer, this wine reflects his 25+ years of knowledge and understanding of several great Marlborough terroirs. A thoughtful composite of four individual single vineyard wines, Cuvée "H" expresses a winery signature. Fromm calls 2020 "one of our most exciting vintages since 2010". 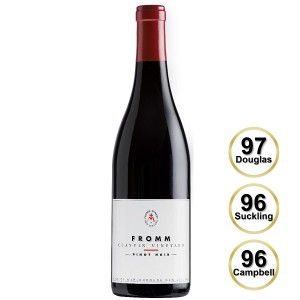 A New Zealand benchmark. Clayvin Vineyard is one of New Zealand's most famous vineyards. It takes its unique name from its claybased soil profile. The clay soil gives the Clayvin Pinot Noirs richness and generosity and an immediately appealing soft texture. Currently the best Marlborough Pinot Noir 2019 according to Bob Campbell MW. The first vines were planted in 1992 by Hätsch Kalberer and the FROMM team under the guidance of the Swiss founders, Georg and Ruth Fromm.

Georg Fromm and Hatsch Kalberer met in the late 80s and decided to create FROMM WINERY. George had a understanding of European viticulture and Hatsch had worked making wines in both Europe and New Zealand. Two years later in January 1992, after the talking became planning, and the planning became planting, FROMM WINERY officially started.

Since then FROMM WINERY has built an international reputation by producing an array of outstanding wines that reflect both European style and Kiwi ingenuity.

While the Fromm's returned to Switzerland many years ago, their old family friend and now owner Pol Lenzinger and Swiss business partner George Walliser took over. Georg Fromm has moved his focus back to his family winery in Malans Switzerland.

Hätsch continues to make Pinot Noirs that truly show the expression of the soil. The vines are now with 25 year old.

In 2017 FROMM released a wine under the name Cuvee "H" to honour Hätsch's 25 years of making exceptional Pinot Noir in Marlborough.

Over time Pinot Noir has proven to be one of the most exciting, yet elusive grape varieties to grow. FROMM has build up a reputation for truely outstanding Pinot Noir.

Their passion for Pinot Noir is reflected in the attention to detail shown in the vineyard and throughout the winemaking process. Carefully selected clones and rootstocks, together with intensive vineyard care and low cropping, means the vines produce fruit that illustrates the soil in which they were grown.

One of the aspects of Pinot Noir that makes the variety so intriguing is the way it changes depending on the soil in which it is grown. At FROMM, they embrace this aspect by producing five terroir-driven wines – Fromm Vineyard, Clayvin Vineyard, Churton Vineyard and Quarters Vineyard.

A classic Fromm Vineyard Pinot Noir is a multi-layered wine, very concentrated without appearing big or heavy, with positive tannin support. At its best it shows a masculine charm with a distinct terroir-related identity, aging superbly.

Clayvin Vineyard draws its name from the clay soil which lies beneath the vineyard, and is characterised by its beautiful, ripe dark-fruit flavours, richness, elegance and fine texture. It combines everything expected from a top quality New Zealand Pinot Noir.

Quarters Vineyard is in the Brancott Valley, one of Marlborough’s most expressive sub regions for Pinot Noir. The Quarters Vineyard produces wines with a fine texture, flavour density and elegance.

This site is located in the Waihopai Valley on top of a ridge at an altitude of slightly over 200 meters above sea level. The east facing, clay based block called “Shoulder” is a cooler site that benefits from the direct morning sun which means an earlier start to the ripening process every day but without the intense heat in the afternoon. This creates vibrant and expressive wines that have great structure, intensity but above all elegance.

The blend which makes up each year's La Strada Pinot Noir depends on what nature has given us in each of our vineyards. Invariably, the wine is strongly varietal, fruity and has immediate appeal.

In 2017 FROMM released a wine under the name Cuvee "H" to honor Hätsch's 25 years of making exceptional Pinot Noir in Marlborough. Cuvee "H" is a blend of some of the single vineyard sites and FROMM regards it as their flagship Pinot Noir. 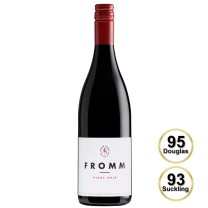 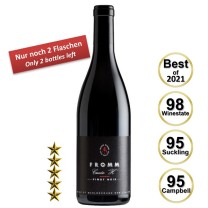 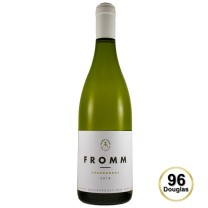 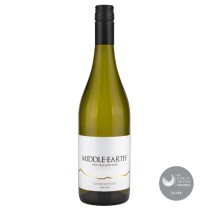 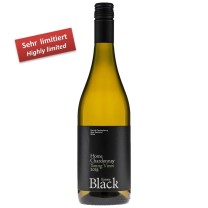 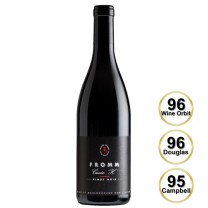